The Fall of 2011 feels a lifetime away. And it is exactly the lifetime of Protocinema, which opened its first exhibition in Istanbul on September 12 of that year. This opening date coincided with the anniversary of Turkey’s 1980 coup-d’etat and tangentially avoided the anniversary of 9/11. Incidentally Dan Graham’s works on display were concerned with public space and social interaction, things that had been deeply impacted by the two events thirty-one and ten years ago respectively. One part unwittingly and one part unavoidably, Protocinema began its journey between New York and Istanbul by scrambling the present with multiple pasts. This exhibition’s opening does not coincide with anything off the top of my head. It does, however, coincide with the twenty-third anniversary of the founding of the search engine, Google: a technological tool that has made history and knowledge so much more accessible, and yet has also overwhelmed us with it.

Retrospection is one of the more common modes of our perception. And it may have been apt for Protocinema’s tenth anniversary exhibition to look back and take stock of the past decade. Yet this past decade has seen us to think in much more diverse temporal modes. Each date nowadays seems to carry with it the burden of anniversaries. Google celebrates great thinkers and books and events on its landing page; social media and our phones remind us of memories closer to us. Birthdays and world altering achievements appear alongside attacks, bombs, coups, protests, imprisonments, crises, fires, floods, hurricanes, losses. Their relations in constant shuffle, we have come to recognize that these anniversaries are subtended by long, protracted processes; deep, interlacing currents and countercurrents. Among them, global warming, species’ extinction, colonialism, capitalism. How do we survive at a time when the past resonates so strongly? Can we listen to these pasts that resonate so much like the five horsemen of the apocalypse to find new ways of knowing and understanding? Can we still imagine a future despite or through the static?

This exhibition was initially titled Imperceptible and Inconceivable. That is, not only unavailable to sensory perception but also excluded from imagination. Yet as blindsided or overwhelmed as our senses seem to be by global crises like global warming and COVID-19, imagination is not only alive and well but also thriving in a moment of multi-temporal glitch. The expansion of our temporal modes of grasp has brought with it new perspectives on materiality and sensibility, a reevaluation of what we know and how we know it, and a renewed embrace of fiction as something that is not quite opposed to fact but necessary for its conjuring.

Once Upon a Time Inconceivable presents in the storied time of fairy tales to articulate the varied and ever entangled ways in which we have come to actively live and perceive in a multiplicity of past, present, and future tense. Indeed, this exhibition is not so much a retrospective as it is an introspection. It asks after where to go from here; how to face the complex resonances of the past without being drowned by it. It is an anniversary. But not of something that is said and done but of something that is diffusely extant, ever changing, and still hopeful. Protocinema has, for the past decade, been a beacon for experimentation with its itinerant set-up and its vision that tended to the past, present, and future.

Elizabeth Grosz suggests that time is neither fully present, nor pure abstraction. Looking at it directly is impossible. We are too close to it, too far from it. She writes: “We can think it only in passing moments, through ruptures, nicks, cuts, in instances of dislocation.” Can artistic practice cut through time and space to engender perception? By the same token, can we imagine thinking of passing moments not just in retrospect or through the immediately visible but in ways that redistribute the temporal and sensible axes of our perception? The artistic milieux’s interest in history has been critiqued and complemented by non-human-centric temporalities of hauntology, geological, and ecological time. Memory has been reconsidered as a practice in the present tense rather one solely regarding the past. The hegemonic acceleration of globalized time has been challenged by discourses and actions towards decolonization and degrowth, each relating to how time is imagined, grasped, used, and abused. Each temporality and the permutations thereof relate, in distinct ways, to the visual and the sensible spheres. How we imagine and engage time is changing. Will this shift in sensibility change the ways in which we act?

Banu Cennetoğlu’s citation of Octave Mannoni’s infamous “I know very well, but nevertheless”, spelled out in Turkish with letters made of Helium-filled balloon, in IKNOWVERYWELLBUTNEVERTHELESS (2015-21), embodies and performs the multiple temporalities along with conflicts of perception and in/activity. The statement points to a state of subliminal or willingly repressed state of awareness, implicating both the naïve sentimentalists and the witting realists in the face of surreal times. As the letters slowly deflate, move lower on the wall, and lose their shape, the first moments when they were blown up, the opening of the show will have faded from our field of recollection. One disaster strewn after another on a global field of vision does not yield a narrative history but rather, as Walter Benjamin would have it, a pile of debris. Neither the deformation of the letters nor the piling debris, however, mark a rupture between the past and the present. They mark rather, a complex, non-linear relation.

Istanbul is the epitome of this kind of multidimensional historical landscape where spolia –reused architectural parts from old, demolished (or destroyed) structures –are an inherent part of the architectural fabric and when you dig deeper, you might encounter archeological traces from all the way back to 6000 B.C. In such a landscape, what is buried haunts our imagination while much that is present and visible only surfaces in our consciousness occasionally. Hera Büyüktaşçıyan’s practice has long considered the cartoonish trope of sweeping the dust of history under the rug. In her new commission for Protocinema, titled Skindeep (2021), she explores the way architectural façades and coverings such as marble and carpet plaster over scaffolding, disguising complex cultural and architectural provenance. Appearances relate somewhat contingently to what we might perceive. And time complicates this contingent relation even further.

As a deeper understanding of slow violence – that is the unspectacular yet profound ways long term, often latent effects of ecological and social violence are exerted, experienced, and perceived– is formulated and the once impending climate catastrophe has jumped from silver screen dystopias to the incessant hum of the news, the hopeful trust in the modernist ideology of progress has been waning. The hegemony of the visible in our historical imaginary is in crisis. The hold of official history is being challenged by falling monuments and viruses too small to be detected by microscope. Abbas Akhavan’s installation, spring (2021), made of frozen pipes salvaged from dismantled public fountains imagines the underbelly of public visibility by introducing freezer liquid into its systems. Meanwhile Gülşah Mursaloğlu’s Merging Fields, Splitting Ends (2021) sets up another system made up of kindred materials from under the surface of the earth: metal, potato, and water. These elements are activated by heat and time to create a twofold increase in entropy. The vapor from water heated inside enameled vessels are directed towards potato plastic –a new generation technology that relies on the perishability of the potato rather than its storied durability. Temperature, like time, not only creates an irreversible entropic reaction within the system but also overflows from the works into the Beykoz Kundura Factory space and seeks our attention as much through what is immediately visible within the space as through our sensibility to the micro-climate it creates.

Anniversaries are often blown out of proportion. 2021 will see many art institutions in Istanbul mark their 10th anniversaries alongside that of Protocinema. This cluster of anniversaries say as much about 2011 and the years leading up to it as they do about the years since. It is difficult to slice up time, assemble a summary of the most important moments, delimit the reach of influence between years and the events. If nothing else, this past decade was marked by a rediscovery that perhaps it was not the singular moments that mattered so much as the time and the ways it stretched out, slowed down, accelerated, ebbed, and flowed. Protocinema has been nimble within these turbulent waters; negotiating time and space with each exhibition, location, and collaboration, and its transforming and transformative vision. Once Upon a Time Inconceivable, as Protocinema’s previous endeavors, boasts a wide selection of sensory, aesthetic, and intellectual provocations that tend to our imagination.

Lambert, Leopold (eds.). “They Have Clocks, We Have Time” The Funambulist: Politics of Space and Bodies Issue 36, Summer 2021. 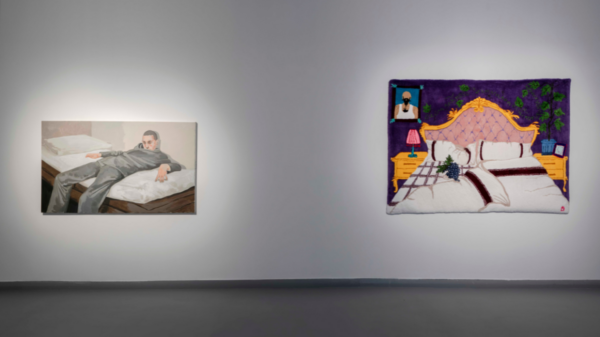 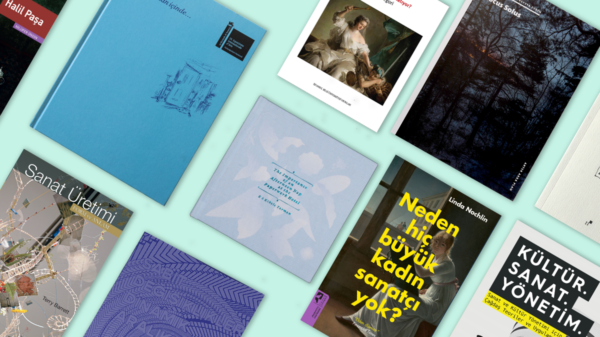 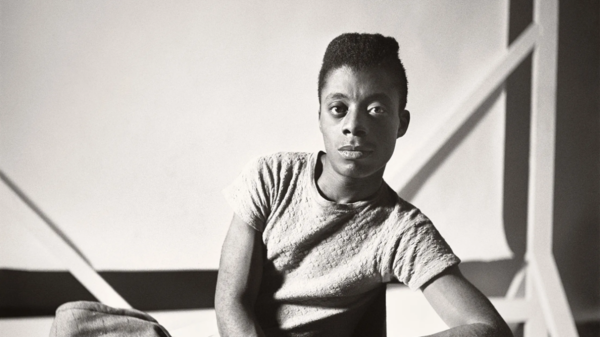 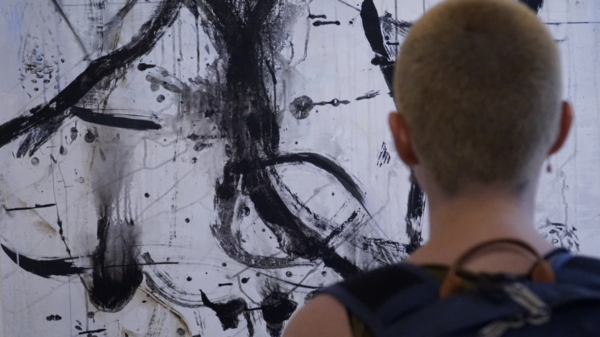