I came to Turkey thinking I would write about art. When I arrived in the summer of 2016, just days after the failed coup, I had never plunged into the business of art writing. I saw the Turkish language barrier as an opportunity to focus on the primacy of the visual in art.

In the era of #MeToo and Black Lives Matter, the relevance of a white, American male writing about art in Turkey for global Anglophone readers is rightfully dubious. Yet, by realizing that identity implies diversity in the same way that I require others to define my existence, ideas of race and nationality prioritize first-person subjectivity.

This is the new New Journalism, in which the identity of the author is at least as important as their subject, toward a social dialectic of the equal, human right to free speech in a largely crowded, historically white, male field.

Despite Trump’s racism, American identity is all-inclusive. Americanness is nothing more than a bureaucratic identification of citizenship. I would define being American like James Joyce did in Finnegans Wake, “here comes everybody” from the “chaosmos”. My expatriation to Turkey, however accentuates both my transnationalism, and my privilege as a quite mobile American.

I am a social concept. I am also a personality whose individuality is something other than that prescribed by identity politics and national narratives. I am a feeling, a being of intuition, akin to Susan Sontag’s transcendence of esthetics and hermeneutics when she called for art writing to embody an “erotics of art” concluding her 1966 essay, “Against Interpretation”.

To quote an earlier luminary, “Je est un autre” (I is another), Arthur Rimbaud poeticized in a letter written at age 16. In a review of Edmund White’s Rimbaud biography, “The Double Life of a Rebel”, Richard Hell critiqued “Je est un autre” as “banality to the point of distortion” but that it “acknowledges one’s undifferentiated human substance or collectivity”.

The immortal poet dropped his pen and went to Africa at age 20, a move that I paralleled by embarking from a town in rural America so small that it had one only shop in it, to Cairo, where I first lived in a city. I was searching for the other, myself. Unlike Rimbaud, I kept writing.

I had my first taste of the Middle Eastern region partly shared by Turkey. But, still, inundated by prevailing Orientalist, Western obsessions with dead, ancient culture, contemporary art had little visibility, and I was busy studying Arabic and working with African refugees.

My knowledge of Hebrew, courtesy of my Jewish background, helped me to grasp the familial, guttural inflections of Arabic. I heard my ancestral calling to revisit the Eastern Mediterranean.

“Je est un autre” can be interpreted in many ways. It expresses quintessential individualism, and yet, otherness persists as a primary obstacle to social harmony, which is so subject to extrajudicial convention. By realizing that the other is myself, others approach or evanesce.

In my first months in Istanbul, as a writer for Dance International, I produced a feature story on Beyhan Murphy, calling her a pioneer of modern dance in Turkey, where local histories of contemporary art are generally obscure from the cultural predominance of cities like London, where Murphy cut her teeth.

I next wrote for Art Unlimited on a concert by sa.ne.na, a classical percussion ensemble. It was my first piece in Turkish translation, appearing in their March 2016 issue. That fall I moved to Kuzguncuk and began to live permanently in Turkey.

Kuzguncuk, the village on the Bosphorus, became the fairytale setting out of which I cultivated my early, starry-eyed, Orientalist prose on Istanbul. Across from its pier, the Hebrew engravings on the mantle of Beth Yaakov Synagogue uplifted my Jewish soul to the local, rosy nostalgia.

I wrote a short essay, “The Art of Kuzguncuk” for Art Unlimited, on the architectural restoration of the late Cengiz Bektaş, portraying the neighborhood itself as an art form. I worked with photographer Elif Kahveci, and interviewed Buket Uzuner, whose novel, Mediterranean Waltz (Kumral Ada Mavi Tuna) is set in Kuzguncuk.

I did not come to Turkey with formal, institutional backing. I was and remain an independent, freelance journalist adapting to the local media landscape. While writing with an international perspective for other bilingual magazines in Istanbul, such as the globally distributed 212, I was strapped for a regular gig.

In the summer of 2017, I pitched a weekly art review series to the culture editor of a mainstream Turkish newspaper, and produced my first piece about an illustrator living in Kuzguncuk named Aptülika, whose caricatures of literary icons graced the basement gallery of Nail Kitabevi, a bookshop housed in an architectural gem designed by the Balyan brothers.

Three years have passed, and I have not missed one week. I have written art reviews mostly from Istanbul, though also throughout Europe, the Middle East and the U.S. What began with reportage on commercial galleries soon broadened into creative nonfiction set in art spaces, studio visits, biennial trips, always with a motley cast of living and envisioned characters.

Most people wouldn’t have imagined it would be possible for me to keep writing for the conservative Turkish press about Greek, Jewish, Kurdish and Armenian minorities, but it was. A former collegial art writer in Istanbul, also a contributor to globally prestigious publications like The New York Times, encouraged me to continue.

After my first year as an art writer in Turkey, I freelanced for progressive art magazines abroad, such as Hyperallergic in New York, ArtAsiaPacific in Hong Kong, and Tohu in Israel.

For Hyperallergic, I worked with the Syrian-run Kaleemat Gallery to interview an artist in Damascus who never left Syria, and kept painting surrounded by war.

I identify with cultural Judaism. It is an integral aspect of my Jewish identity. I have written on historical Jewish influences in contemporary Turkish culture for Al-Monitor, Words Without Borders, World Literature Today, The Forward, one of the oldest continuing Jewish publications, Şalom Turkey, El Amaneser, one of the last publications in the endangered Judeo-Spanish language, and forthcoming for The Jewish Review of Books.

For Tablet Magazine, a prominent online Jewish magazine, I recently produced a culture piece on the curation of Nazi history in museums across Europe. While researching, I spotlighted the work of Turkish artist Pınar Öğrenci at the Jewish Museum Munich. We had met prior in Istanbul and Öğrenci was one of the first artists to write, make artwork and curate for refugee inclusion in the Turkish art world. Hers was a more Western approach to the art industry as a space for social politics in which minorities are foregrounded.

The curation of contemporary art in Turkey reflects an alternate relationship to didactic issues of democratic nationalism and non-Western globalization. I became a writer for Hyperallergic after initial commissions focused on Arab and Kurdish artists.

While institutions like Pera Museum and SALT have a consistently laudable non-Western focus,and as Istanbul Modern foregrounds women artists, even commercial galleries in Istanbul, like C.A.M. show proud Kurdish artists, and The Pill shows African and Latinx artists. Yet, the curation of Turkish artists in Turkey is distinct from that of their diaspora in Europe.

The Orientalist in Turkey is no more an anachronism than a racist in America. But after all, I am not an art historian, and not even an art critic. I am just an art writer, inhabiting the lowest economic rung of influence in the art world. Still, I live to write, and I will be writing about art in Turkey.

The difference between a critic, writer, and historian is arguably best clarified the book, “What It Means to Write About Art” by Jarrett Earnest, which I reviewed for Tohu. Featuring interviews with seasoned writers, critics and historians, I hung on the words of Thyrza Nichols Goodeve, “Like Bill Berkson, I write from the place of the passion amateur — I always feel and want to feel like an outsider…”

My second piece for Tohu was on Halil Altındere, a pivotal figure for young art writers like myself also interested in the history of contemporary Turkish art. Still active with a recent show at Yapı Kredi Cultural Center in the heart of Istanbul, Altındere maintains a voice and an iconoclastic style hearkening back to the Turkish culture in the 1990s.

While many artists from Turkey like Altındere seek to portray such newsworthy themes as migration, the transcendence of didacticism beyond identity politics is arguably achieved enduringly by Ayşe Erkmen, who I interviewed for ArtAsiaPacific.

But her generation emerged out of another Turkey, from even narrower confines than that which challenges young Turkish artists today. The geopolitics of travel and cultural rifts between Turkish specificities and Anglophone universalities make the often-opaque verbal and visual languages of contemporary art all the more obscure.

Artists, however, have a way of working with opacity and obscurity. That is where they shine. For that reason, artists from Turkey are sometimes the best representatives not only of Turkey, but of intercultural modes of connection between Turkey and the world. I think of the semi- abstract wood sculptures of Burcu Erden, original op-art graffiti salvaged from demolished buildings by Hasan Pehlevan or the symbolic esotericism of pencil drawings by Yuşa Yalçıntaş.

During the Flux exhibition at Sakıp Sabancı Museum, I interviewed Nezaket Ekici for ArtDog. The performance artist, who Beral Madra once curated as Turkey’s greatest gift to the discipline, urged young Turkish artists to leave Turkey, like her, to integrate new international perspectives.

Yet, speaking with performance curator Seyhan Musaoğlu about such local initiatives as Performistanbul, as well as Selen Ansen, performance art curator at Arter, I realized how the Marina Abramovic retrospective had eclipsed Turkey’s history of performance art, whether in diaspora or homegrown.

If it is true that the art world is apt to silence Turkey as a major and historic contributor, then the voices and works of Turkish artists will only appreciate in value when, and if, they are seen, heard, shown and written about.

This text was written by Matt Hanson, invited by Kültigin Kağan Akbulut, who is the 2020 guest writer for the SAHA Art Writing, supported by the SAHA Association. 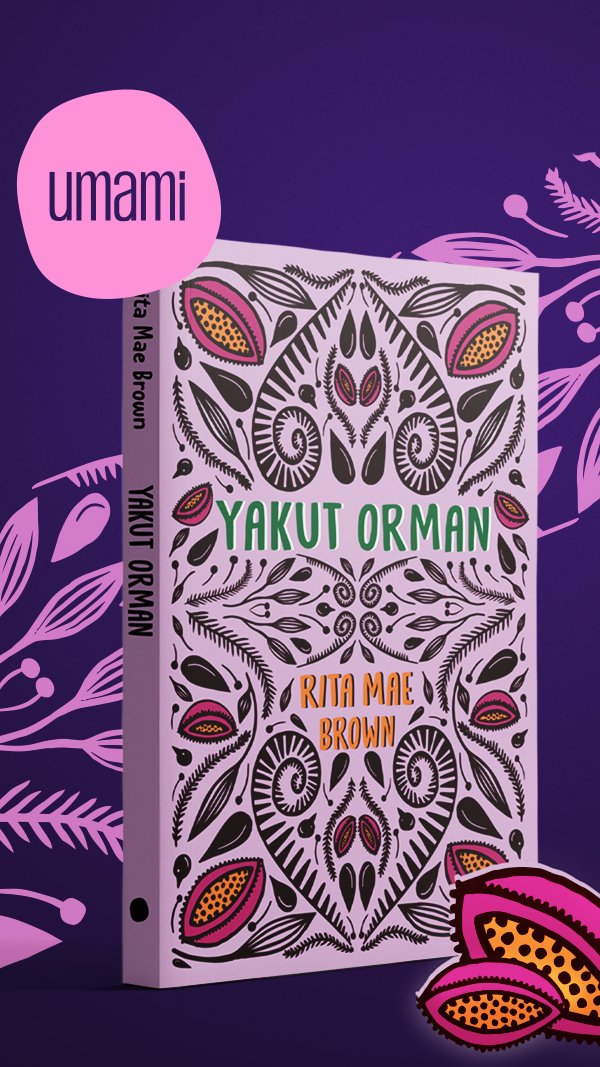